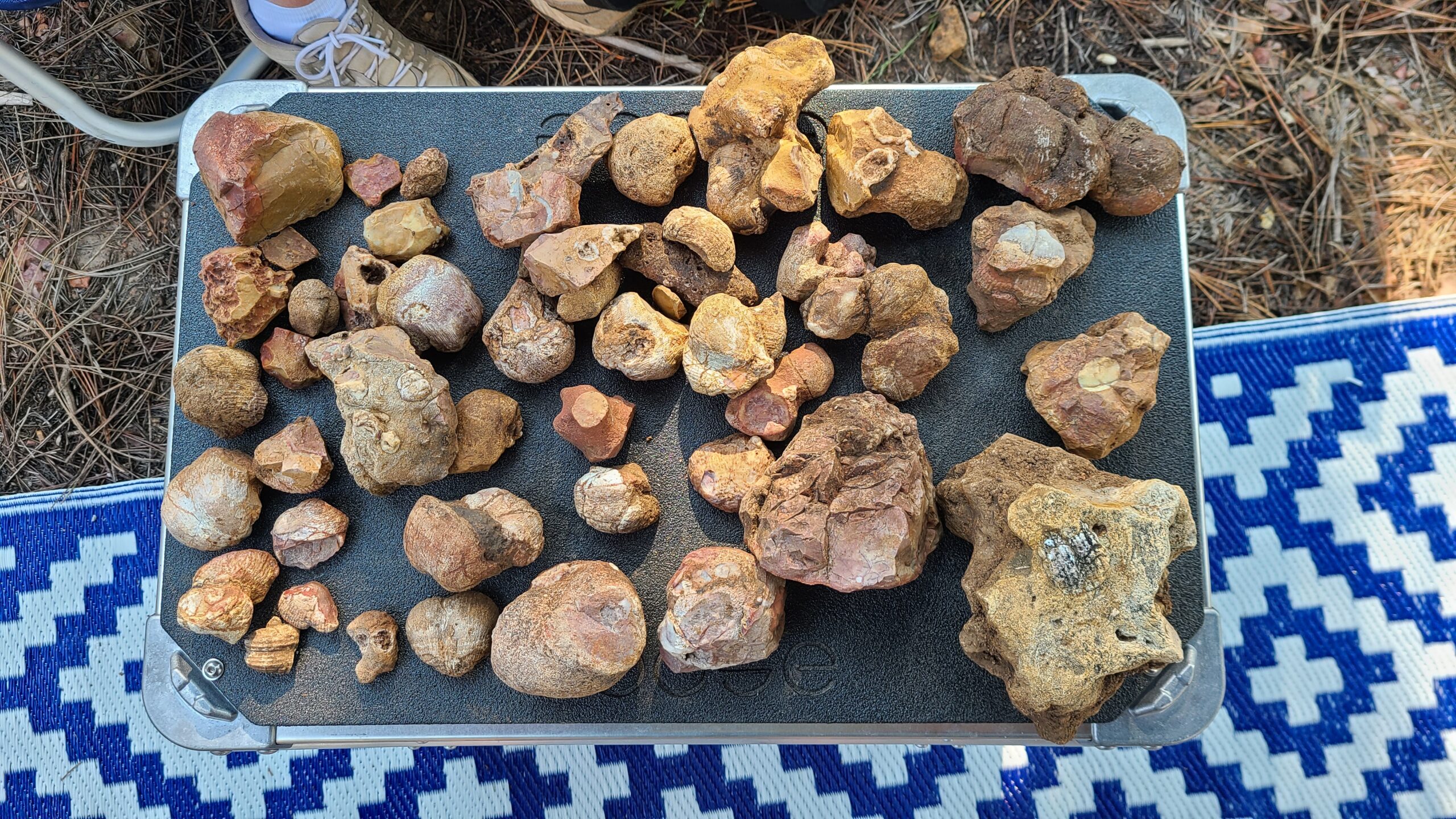 With my house air conditioning on the fritz, it was time to go back up to the West Clear Creek area that is east of Camp Verde, AZ, to camp a few nights away from the heat wave. Only 2 hours from home, this area has endless trails and places for future exploration – however, I went to a familiar spot and it was again claimed. This trip was with a new camping friend, and it was nice to have company again.

The drive up from Phoenix on Friday night was surprisingly easy, considering the usual traffic headed up to the cooler climates of northern AZ every weekend. A stop in Camp Verde at the favorite Mexican Food joint was in order, so no dinner was needed at camp on the first night. We rolled in after sundown and set up in the dark.

Saturday was when the fossils started showing up. Camped next to a dry creekbed, I told my camping partner there were some basic quartz crystals and some other interesting rock formations around the area. Well, there was more than that, as a quick morning look-around yielded a handful of a mixture of fossilized bivalve seashells, fossilized pieces of coral, and some interesting sandstone/limestone formations. After those finds, the rest of the trip was more about finding more specimens, and taking it easy in the shade in between. A great agenda for unwinding and decompressing from the past couple of work weeks, and the heat back home.

I also came across the intact spine and ribs of a moderate-sized animal. After looking up the pelvic structure, it is canine but is not coyote. It appears to be domestic dog – likely a lost or taken pet. Poor thing. The white bone is a young cow femur – the growth ring at the head of the femur still hasn’t calcified. The rest of its skeleton except the skull was scattered around the area.

This entire region is old seabed churned up into the area by millions of years of tectonic plate movement when the continents shifted. This campsite is at over 6200′ and technically is on the Mogollon Rim, and it is a hotbed of geologic history. Fossils, crystals, geodes, and many more interesting finds are scattered around this massive area.

We reluctantly went home on Sunday, with a stop back in Camp Verde for a lunch of greasy cheeseburgers at the Verde Cafe. Highly recommended. Definitely coming back to this campsite again and hoping to find that one “wow factor” specimen. 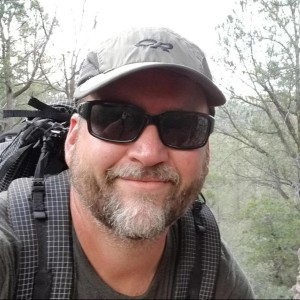 All Posts »
Scroll to Top